Customers of the Water District face higher than normal wildfire risks due to our dense urban forest of flammable cedar trees, hilly terrain, and the lingering effects posed by recent drought conditions. The Bastrop and Steiner Ranch fires of Labor Day 2011, and the Oak Hill Fire six months earlier, serve as reminders of how devastating major wildfires can be.

It is critical that the 5,000 acre service area of western Travis County served by the Water District has a water delivery system that is robust enough to suppress house fires – and to prevent house fires from becoming wildfires. Over half of the District’s 80+ miles of distribution pipes are 6-inches in diameter. All of the 6-inch lines were approved by the City of Austin and were the then-standard. The bond improvements program will add 8-inch and 12-inch water lines serving several neighborhoods, and a new 16-inch trunk-transmission line along Bee Cave Road, concurrent with the TX Dot’s widening project. These system improvements will approximately double our system water flows for the protection of our community.

An extensive engineering report conducted by the Water District provided all the details of necessary system improvements to increase both size and capacity of pipes and pumps. In order to provide more fire protection, the various bond projects will allow the District to increase pipe sizes and pump sizes, install backup generators (for emergency use), and a new electronic control system that will enable remote operation of pumps in a fire event.

ABOUT THE BOND PROGRAM:

On January 19, 2015 the Water District board of directors unanimously voted to adopt the engineers’ report for capital improvements that recommended issuing $45,960,000 in general obligation bonds to fund upgrades to increase fire protection. The election was held on May 09, 2015 and the Board adopted on May 20, 2015 the order canvassing the election returns and declaring results of the bond election and confirmed the passage with the final numbers of 1,192 voting for and 556 voting against. 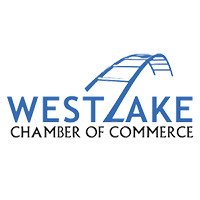